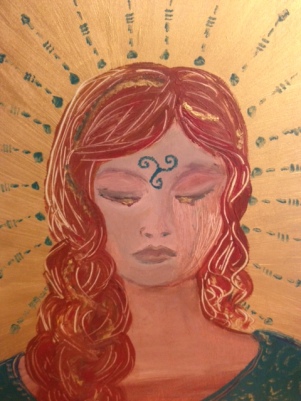 Perhaps it’s the impending trip to Ireland, but I’ve been drawn recently to the story of Ceridwen’s cauldron.

Ceridwen lived on an island with a loathsome son and a beautiful daughter. Troubled by her son’s deformities, Ceridwen toiled for a year to bring together a complicated herbal potion that would grant him complete wisdom. The process so exhausted her that she fell asleep toward the end of the year, just as the three shining drops of prophecy and wisdom rose to the top of her cauldron. They were so potent and pure that the moment they rose to the surface, the cauldron shattered into pieces.

There is much more to the story–Ceridwen’s son, Afagddu (“utter darkness”) was pushed aside at the last moment and the wisdom was received by a boy who eventually became Taliesin, the greatest bard ever known–but it is this first part that haunts me.

Awen, the divine spark of inspiration, arises from Ceridwen’s cauldron—a cauldron of transformation, a cauldron of experience and knowledge and suffering.

Struggle, difficult as it may be to accept, is a necessary ingredient in wisdom.

I wrote last week about the five kleshas and I’ve had the first klesha on my mind: Avidya, or ignorance of the truth.*  I’ve been thinking about what a slippery concept “truth” is. I’ve been led by the nose into very unhealthy situations while I was searching for the “truth”. It’s a chameleon. Grabbing onto any single “truth” dogmatically can completely destroy my connection to the evolving nature of experience.

Ceridwen’s cauldron is a glowing metaphor of this. The suffering, the knowledge, the experience, all of it gets stirred into the cauldron, and over time beautiful pearls of wisdom are distilled. But in order to create that wisdom, the cauldron has to shatter and spill all of the poisonous leftover dross. Every time I wake to a new truth, the cauldron shatters. New truths aren’t something I can contain while remaining the same.

The cauldron shatters every time. I wonder if that’s why it can seem so much easier to maintain ignorance!

This part is important to me. I have found, as I walk deeper into the field of therapy, that there is a danger when we examine wounds. We can fall into them and aggrandize them, make them into a story from which we never escape. Yes, it is important to confront our shadows and learn the origins of our pain patterns. But this doesn’t mean that we allow them to eternally weigh us down and prevent change. We confront them so that we can transform them; we place them in the cauldron, distill what wisdom we can, and then throw away what’s no longer useful. 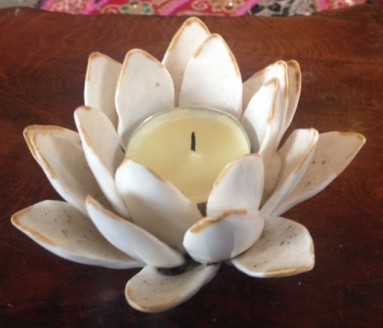 This offers a door of understanding into the first klesha, ignorance of the truth. Becoming aware of the truth in order to eliminate this cause of suffering is not a passive process. It requires the willingness to confront what is untrue and engage with it, distilling truth from it. It can even mean looking again at truths we’ve held past their usefulness (those cauldrons really hurt when they crack!)

Long ago I learned that complaints are just desires in drag. If you can figure out the desire behind the complaint, you will have a clear map to your own happiness. This process of confronting the truth and distilling wisdom from wounds reminds me of unmasking the desires behind my complaints.

There are wounds I’ve sustained that felt so destructive, so poisonous, that it seemed impossible they could contain a desire. I would never have imagined that they held any beneficial power or wisdom. Now, years later, some of those wounds exist ONLY as wisdom. They don’t hurt at all anymore. Other wounds, not yet fully processed, still lead to great embarrassment and dysfunctional behavior even when they are lightly grazed. The difference, I’ve found, is in my willingness to confront the wound. Once witnessed, wounds begin to lose their power. The ones I’ve owned and spoken of over and over again have faded in their power to harm me, and because I have directly confronted them, I’ve changed the problematic behaviors they led to. Others, I have not yet had the bravery to confront directly. They still operate from the shadows, guiding my behavior in unhealthy ways and sponsoring knee-jerk reactions that hurt those around me.

It is my ignorance of these wounds that causes suffering. By this I do not mean that talking about the reasons why I act destructively is enough. It’s the first step in a process that has to include changing my beliefs and behaviors, confronting the desire behind the complaint and acting upon it. Sometimes I remain ignorant to wounds because I know that confronting them would force me to change in ways I am not yet ready to contemplate. I’m comfortable in my ignorance… until it causes suffering great enough that I can no longer ignore it. 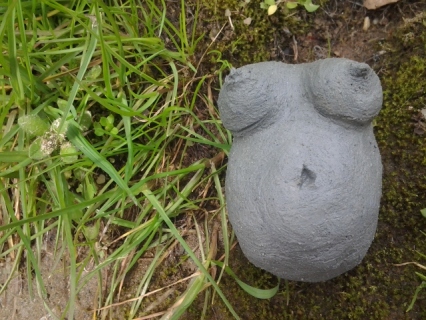 As I’ve learned more about Expressive Arts therapy, I have found myself drawn again and again to witnessing the wounds. How do we use art and poetry and music and movement to safely uncover these parts of ourselves and look them in the eye? How do we alchemize them into wisdom, allow our old ways to shatter, safely pour away the dross, and move on?

Maeve and I will lead another iteration of this exploration on April 21st, using movement and art and poetry to contact both wound and witness. By witnessing our wounds, we begin to dispel the ignorance that leads to suffering. We gain in wisdom and self-control and self-love. We map out our desires and walk fearlessly toward them, fortified by the Awen distilled from our suffering.

All are welcome to the workshop–just bring your brave self and a journal. If you want to participate from far away, I’ll post details about how to watch live (just as soon as we figure them out!)

*Disclaimer: everything I know about kleshas and Ceridwen I know third- or fourth-hand. I cannot read Gaelic or Welsh or Sanskrit and have not immersed myself in the cultures that originated these beautiful stories. Please take my interpretations as what they are, the impact of these stories on one woman’s life and experience.